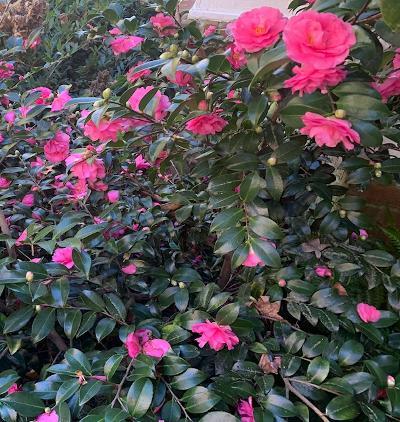 Cherished in southern gardens, the Camellia has no actual “native” significance here. In fact, its journey began in the ancient temple gardens of the Orient. Before the westernization of Japan, Camellia, known as “Tsubaki” or “tree with shining leaves” was believed to provide a home for the gods in spirit form when on an earthly visit. Plantings of Tsubaki were an essential feature of temple gardens, graveyards, and other areas associated with religious life in the community. Camellia is the symbol of love in Eastern culture. The reason is due to the inseparable parts of the flower, which represents everlasting love. In Korea, camellia has been a part of traditional wedding ceremonies since 1200 BC because it symbolizes happiness, longevity, and faithfulness. We may find OUR historical connection to the Camellia through the most economically important species, Camellia sinensis, the common tea plant. The East India Company brought tea from China to Europe where it became very popular in London in the 1700’s. I think you’ll remember the next part of this story. Tea becomes universally popular, the government decides to tax it, leading to the Boston Tea Party, and the American Revolution. So…while one of our favorite southern plants is not native, it is “rooted” in our history!

The Camellia was named by the Swedish botanist Carl Linnaeus (1707-1778), in honor of a Jesuit missionary, pharmacist and naturalist in the Phillipines, Joseph Kamel. Linnaeus is known for developing the binomial system of nomenclature used to classify plants (the idea that all organisms should be described by only two Latin words: one denoting its genus, and another its species). The Camellia genus now includes over 260 species and over 30,000 ornamental varieties according to the International Camellia Society. Thanks to the beauty of their flowers, ornamental camellias have spread from Asia to the whole world.

Camellias flourish in the southeastern United States, where winter temperatures are typically mild. Some new varieties may be cold hardy, but often the blooms will be smaller, especially if temperatures drop quickly below 28 degrees. Lucky for us in South Carolina, the climate is perfect! If you’re on the lake, however, it’s a good idea to plant in an area that has some protection from the wind, and in any landscape, be mindful of too much afternoon sun exposure.

The two species most prevalent in our area of the country are Camellia japonica and Camellia sasanqua. Both are evergreen, have glossy leaves and grow fairly slow (sasanquas, a bit faster than japonicas). The descriptions below note the differences.

Other species exist like Camellia vernalis, a hybrid between japonica and sasanqua, but very few are known. Camellia reticulata were brought over from southern China in the 1940’s and have the largest of all camellia flowers. Mentioned earlier, Camellia sinensis is the common tea plant. It grows well, but the blooms are not significant as an ornamental. Camellia oleifera, was used for its oil in China and Japan and is used in the US as a parent in hybrid varieties. Camellia chrysantha or nitidissima has been used successfully in hybridizing yellow camellias, however, it is not cold hardy. There are many Camellia hybrids that combine features resulting in more colors, bloom types, fragrances, and hardiness. Selecting a Camellia is one of the most difficult plant choices to make because there are SO MANY in beautiful shades of red, pink, yellow and white. The American Camellia Society has established official classifications of the flower forms for Camellias. A variety of flower forms is just another attractive feature of this shrub.

Class I, SINGLE, One row of not over eight regular, irregular, or loose petals and conspicuous stamens 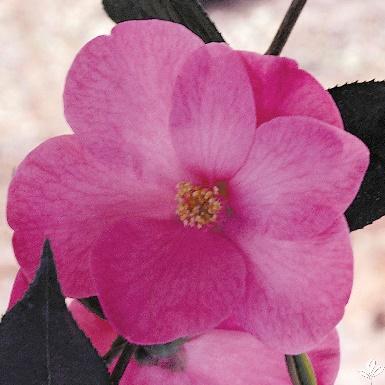 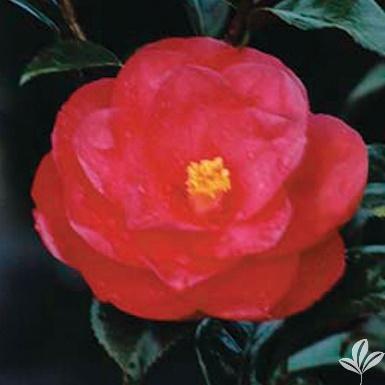 Class III, ANEMONE, One or more rows of large outer petals lying flat or undulating; the center a convex mass of intermingled petaloids and stamens 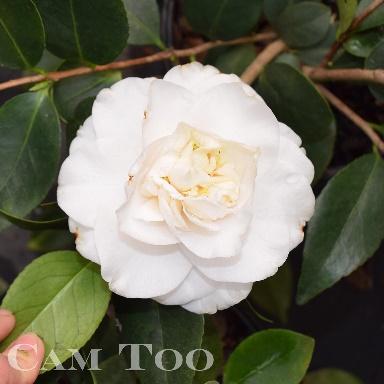 Class IV, PEONY, A deep rounded flower of either a Loose Peony Form consisting of loose petals, which may be irregular, and intermingled stamens, and sometimes intermingled petals, petaloids, and stamens in the center (Betty Sheffield) or a Full Peony Form consisting of a convex mass of mixed irregular petals, petaloids, and stamens or irregular petals and petaloids never showing stamens (Debutante). 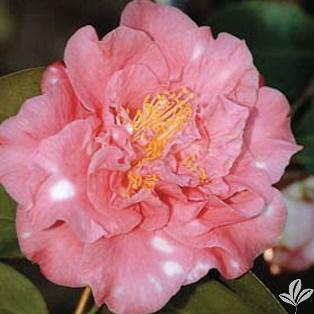 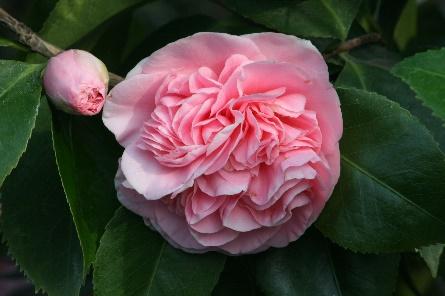 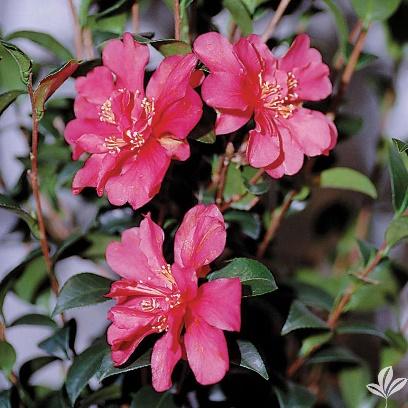 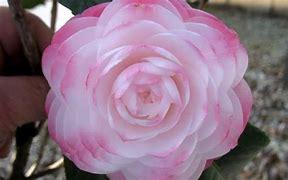 Fall is the best time for planting Camellias, and Wingard’s is stocked up right now with a large selection for you. All of the varieties shown above are available and many more! Make sure you add soil amendment if you have clay or sandy soil. Mulch and water weekly after planting if we don’t get a good rain. Don’t fertilize until next spring. Not much pruning is needed with Camellias, except for occasional shaping – do this after blooming. Keep an eye on foliage in the summertime. Humidity and overhead watering can cause fungus. Try to stay on top of it and spray as needed before buds begin to form.

Camellias bloom about the time we are removing our summer annuals and feeling the loss of all that rich, bright color in the yard. As we face the bleakness of winter, it’s so nice to bring in lovely Camellia blooms and float them in a shallow vase, or just enjoy them as they appear on the shrubbery. They also make a wonderful Christmas gift for a friend, especially a new homeowner. With their rich history and distinct characteristics, Camellias add so much beauty and elegance to the landscape. Even though its native homeland is far, far away, it remains a classic in the southern garden.

The University of South Carolina has one of the major collections in the United States of rare, illustrated books about the camellia, it’s history, cultivation, and early varieties. The collection was formed by Mrs. Sheffield Phelps (Claudia Lea) of Aiken. Mrs. Phelps was the first president of the Garden Club of South Carolina (1930-33), and her daughter Miss Claudia Lea Phelps succeeded her as the Club’s third president (1936-38). The exhibition tells the story of how camellias were brought to America, how they were identified and named, and how the major varieties were developed by 19th-century specialist growers. It includes some of the very earliest published depictions of the camellia, from as far back as 1702, as well as gorgeous hand-colored copperplate engravings from the heyday of camellia books in the early and mid-19th century.

How cool is that?

There’s Always Something Blooming at Wingard’s!